Pepper and Carrot treasure hunt is very simple game that can be played indoors with kids, the game consists of 16 clue cards all of them with pictures so it can be played by kids that don't know how to read. 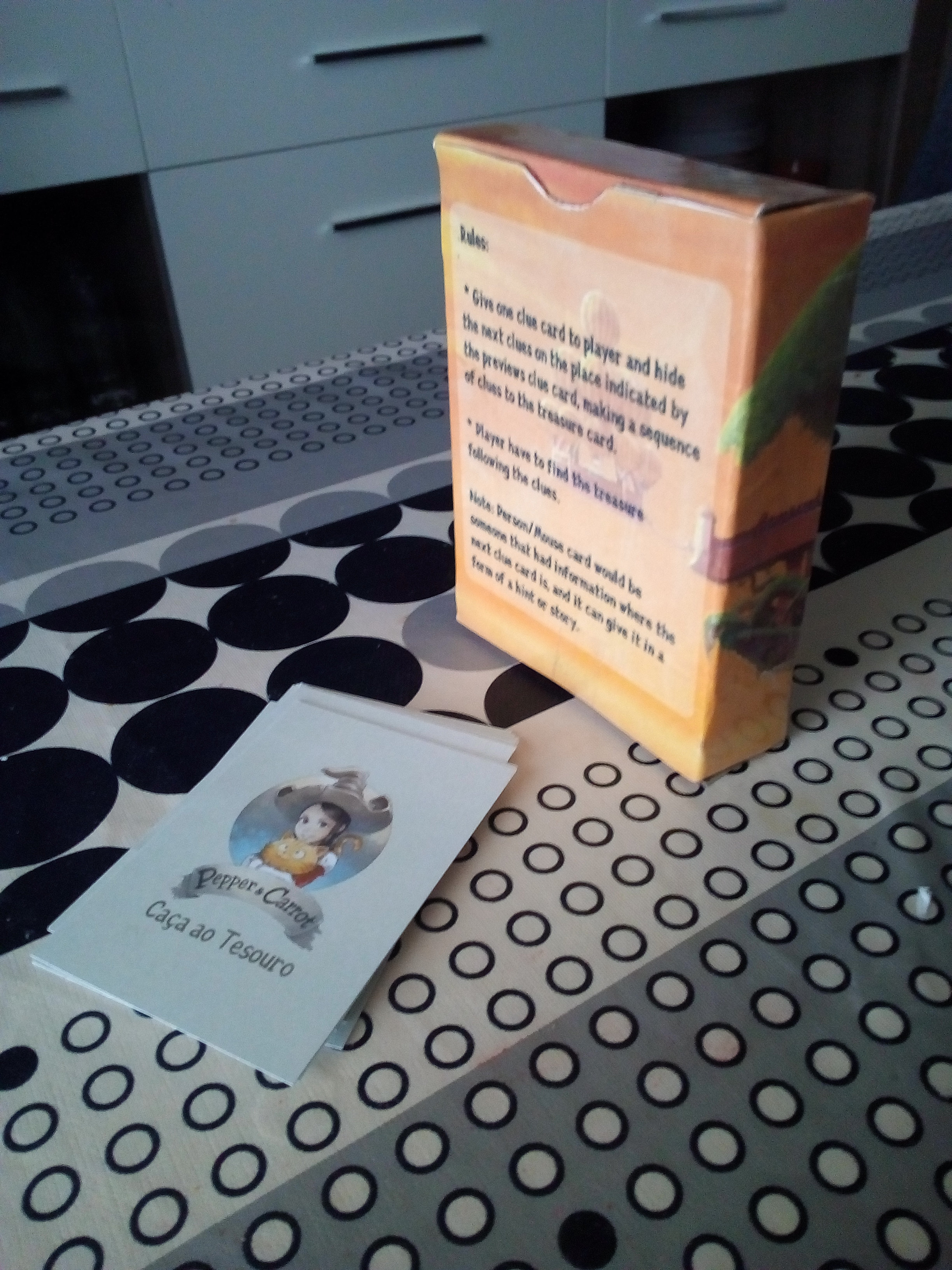 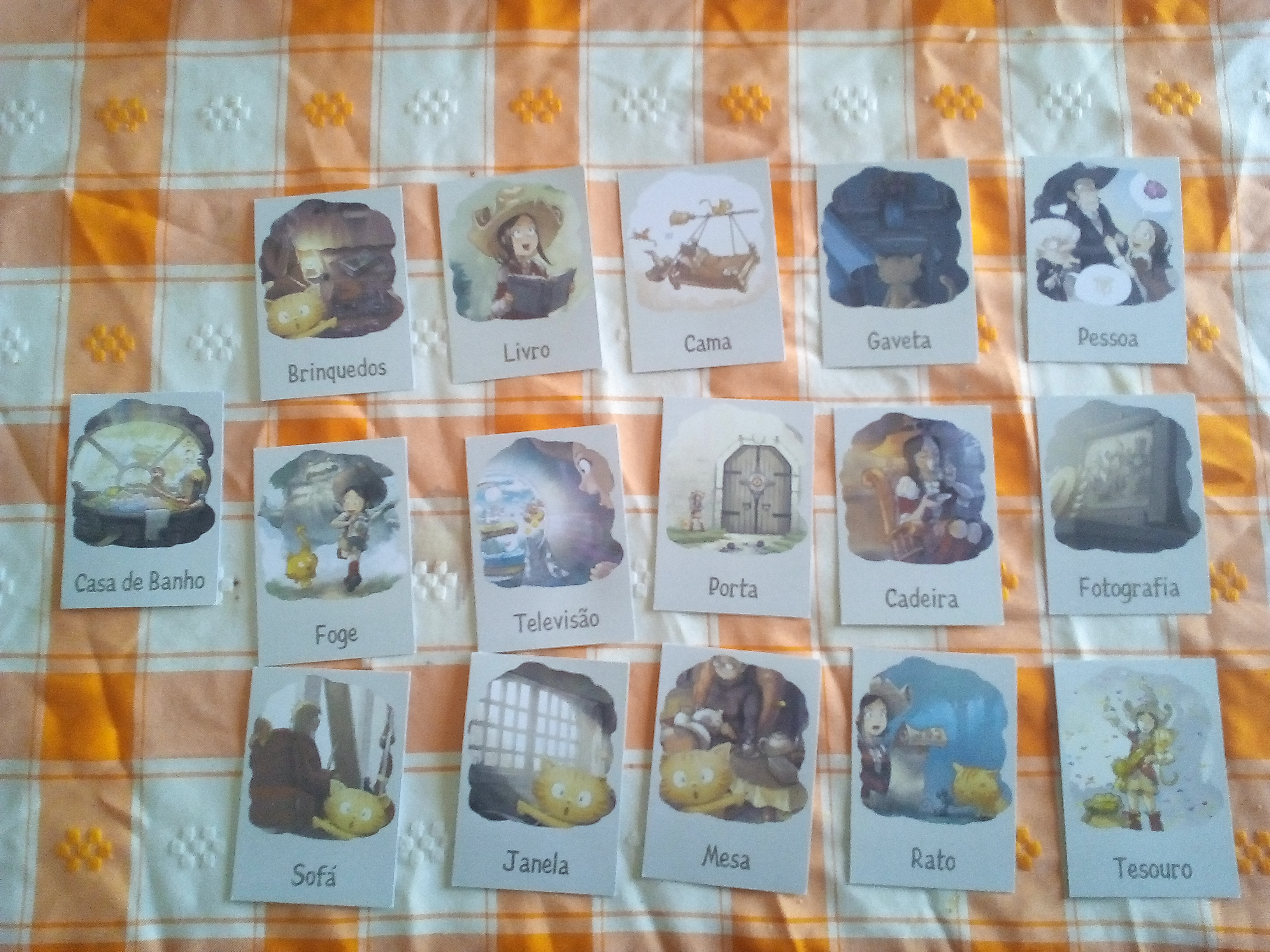 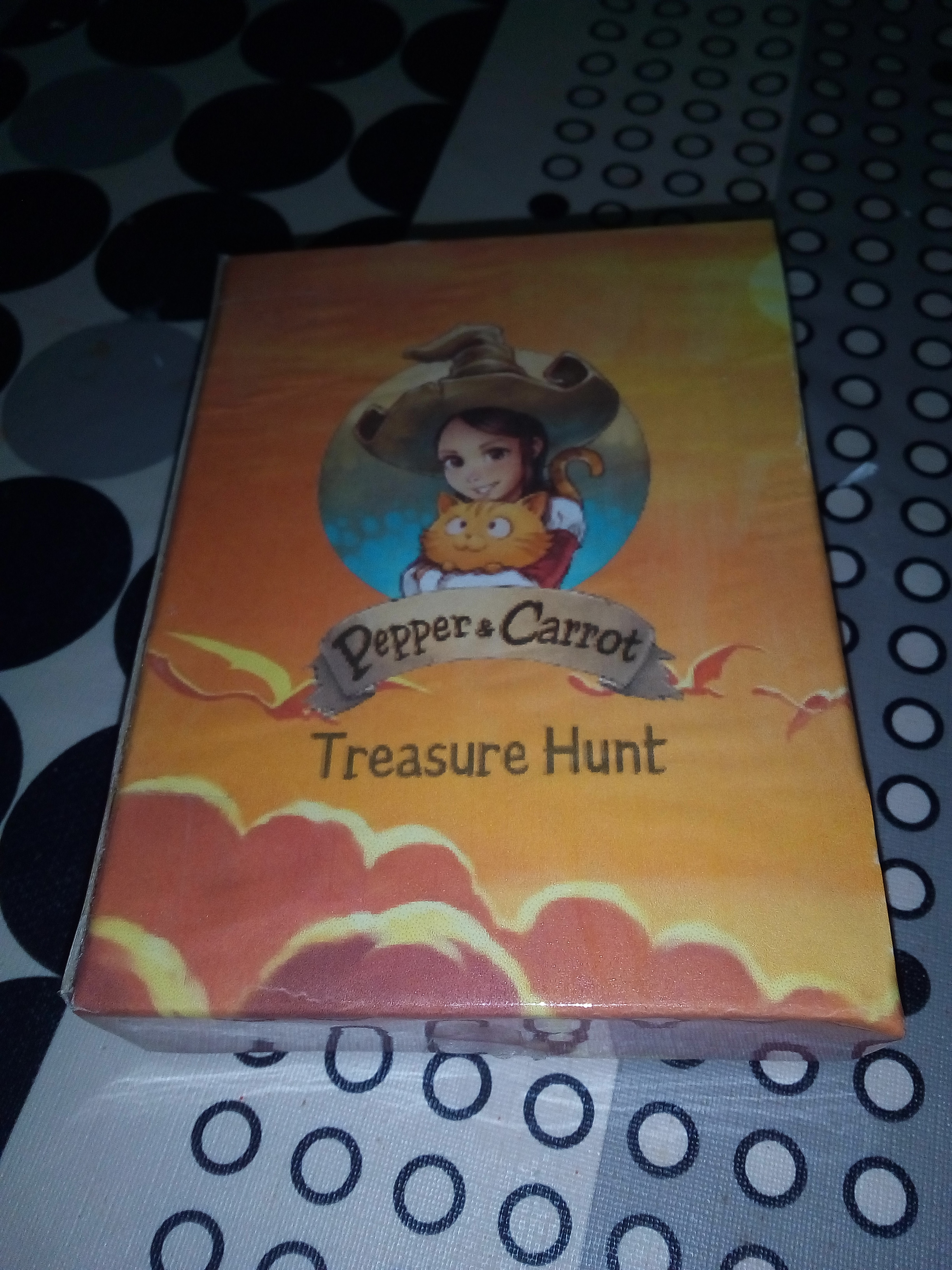 Just download one of the files, after extracted you will end with a pdf to print.

I would suggest to print the cards on normal paper and then glue it to card box like cereal card box's or something like that. I am planning laminating my cards because it make them stronger and durable.

If you want to make the game box you just print this image, glue it on card box and then cut it and glue one side. 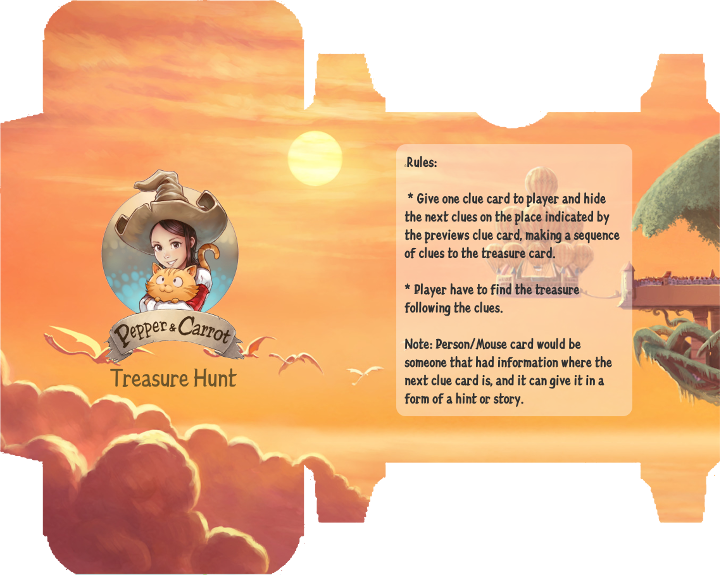 I laminated mine because it makes it stronger and durable.

Suggested by @cgand: you can print two sets of cards (or just two sets of 8 cards) and you get a perfect memory game :-)